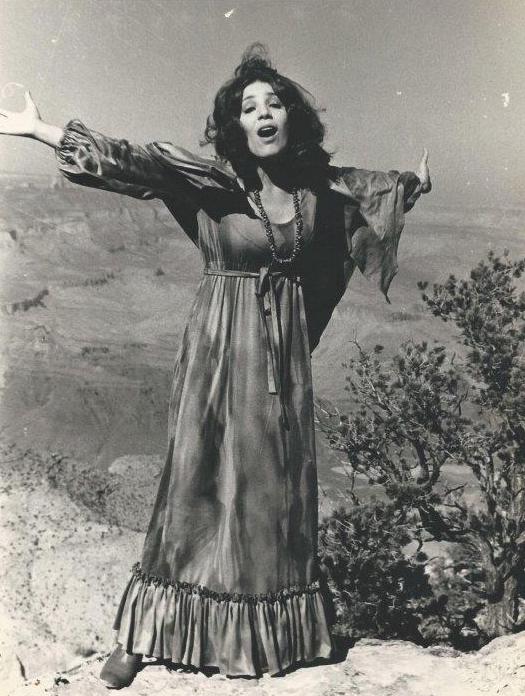 I have sung since I could talk. I was a very shy child but I was always able to sing for others. I was in choirs, small Madrigal singing groups, performed in musicals all throughout college.  I absolutely loved (and still love) the high I got from singing.  Right out of college I went to Montana to do summer stock musicals.

My first professional job began three days after I got back from Montana and was it a good one! I was one of eight young singers to back up Johnny Mathis in a group called Our Young Generation. I was with that group for one, unforgettable year. (see below).

My final show with Mathis was at the old Copacabana in New York and when the others went back on the road, I stayed. I was soon doing summer stock and auditioning for everything on Broadway I could.  I went back to L.A. to visit my family, but was soon on the road again as a member of a terrific show group, “The Establishment.” I was in that group off and on for the next eight years (taking some time out to have two babies!), including one season of being regulars on “The Jonathan Winters Show” on TV. (see below)

In between Establishment gigs, I was also a studio singer on several albums (Harry Nillson and others) and TV variety shows (for Carol Burnett, Sonny and Cher, and others). In my spare time (hah!) I often acted in plays with local L.A. theater groups (Theatre 40, Company of Angels, etc.) and musicals all over the Los Angeles area; my favorite role was “Kate/Lily” in Cole Porter’s brilliant backstage musical, “Kiss Me Kate.” The award-winning Interact Theater, who did musical pastiches as fund-raisers every year, always invited me to be a part of their shows and I loved doing it. 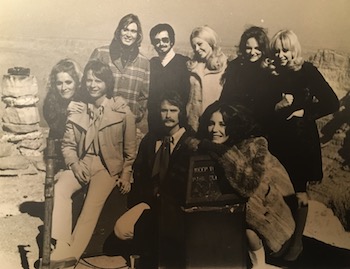 At some point, my voice-over work and my kids began to take more of my time and live theater—especially singing—took up less and less. Nowadays I sometimes sing for friends and can be counted on to perform “Sunrise, Sunset” at weddings because, after all, someone has to do it, right?

I think the fact that I was/am a singer greatly influenced my VO career; so many of us are musicians and we hear the music in the words and cadences of sentences. It’s been a simply lovely journey….and it’s not over yet!

I have been a singer since I could talk—seriously. For many years, that’s what I did professionally, before voiceovers and having kids took up all my time. Interested? See below. 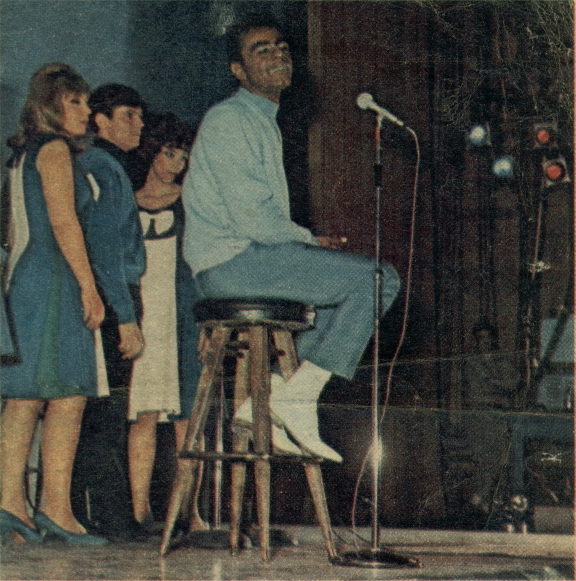 I was one of eight young singers (that’s me as a blonde on the left) to back up Johnny Mathis in a group called Our Young Generation. We were on the road for an entire year, all over the country, Canada, Japan and Korea too! From Vegas lounges to Carnegie Hall, from school auditoriums to airplane hangars (when we entertained the troops overseas), there we were opening for Johnny with a few song-and-dance numbers then getting to support him by supplying all musical choral back-up.

Performing with Johnny Mathis in this Christmas Medley from 1965. 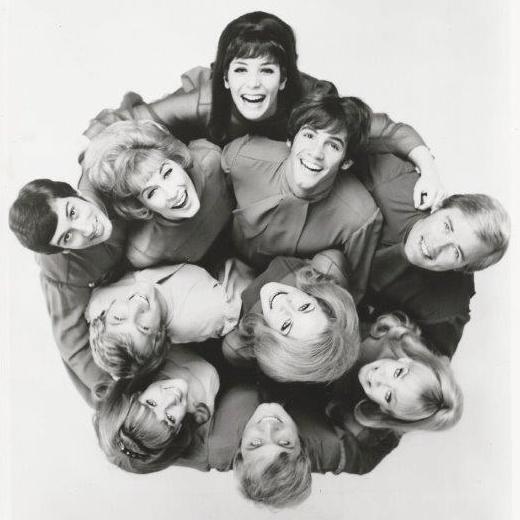 I was in a terrific show group called “The Establishment” off and on for eight years. We had our own 40 minute show and were usually an opening act for various stars, among them Andy Griffith, Andy Williams, Ann-Margaret, the Henry Mancini Orchestra, and were regulars for one season on “The Jonathan Winters Show” on TV. You can enjoy some clips from our performances below.